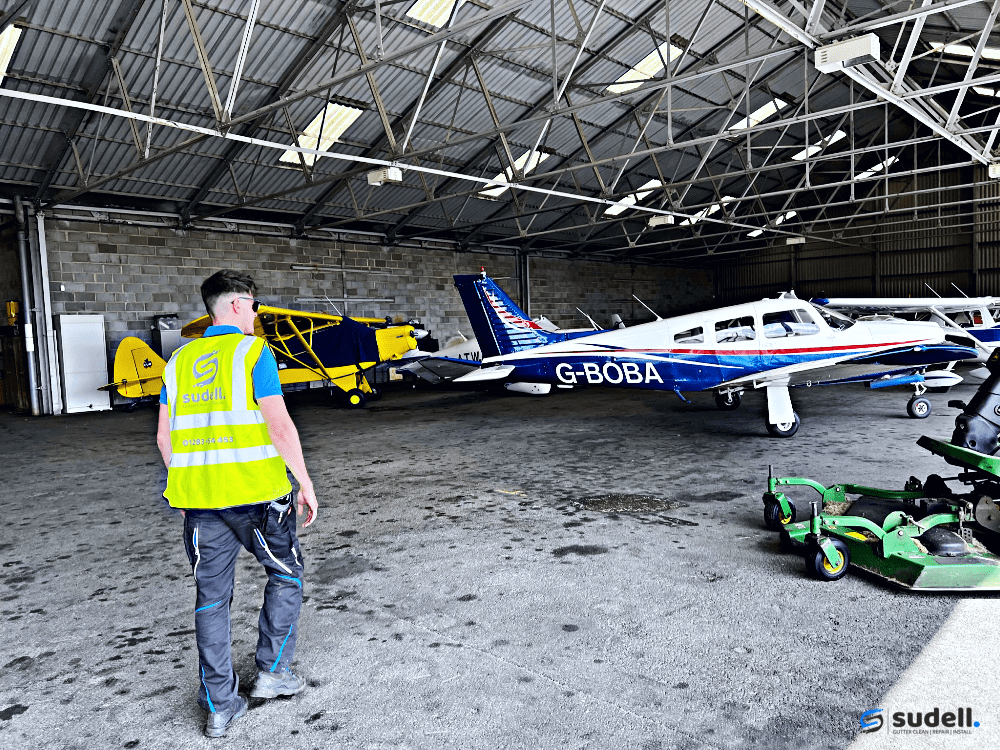 A 70m metal box guttering running directly between two roof spaces at Nottingham City Airport, had begun to rust & wear. Holes had started to form along the gutter which resulted in rainwater leaking onto privately owned aircrafts.

A new roof is eventually being installed on the aircraft hanger however a semi-temporary solution was requested to stop rainwater from leaking into the hanger and onto the aeroplanes. Harley from the Nottingham franchise recommended to install a EPDM rubber membrane which would effectively reline the entire gutter creating a near seamless water-tight covering.

As part of the process the metal box gutter was cleared of debris and was dried out. We were lucky enough to have a warm sunny day with temperatures of up to 28 degrees! Approximately 1000 Tek screws were removed from the external cladding to allow the rubber membrane to fit snug behind it, thus preventing any water ingress. A specialist contact adhesive was applied to the metal and the membrane to adhere accordingly. Once in place, the external cladding was re-secured with Tek screws to clamp the liner in place. Rubber flashings are then inserted inside the downpipes and cut to suit, these are bonded with high-strength bonding adhesives.

EPDM (ethylene propylene diene monomer) rubber membranes are a modern alternative to felt and shingle and is now widely used for waterproofing garage roofs, canopy’s and now box gutters including box gutters sometimes found on conservatories which often cause problems over time! Furthermore, EPDM rubber roofing is a great alternative to fully replacing a commercial guttering system, which would otherwise be expensive and disruptive.

Do you think you may be in need of some assistance on a gutter problem your experiencing? We offer free inspections to quickly identify any issues and can provide advise and free quotations. 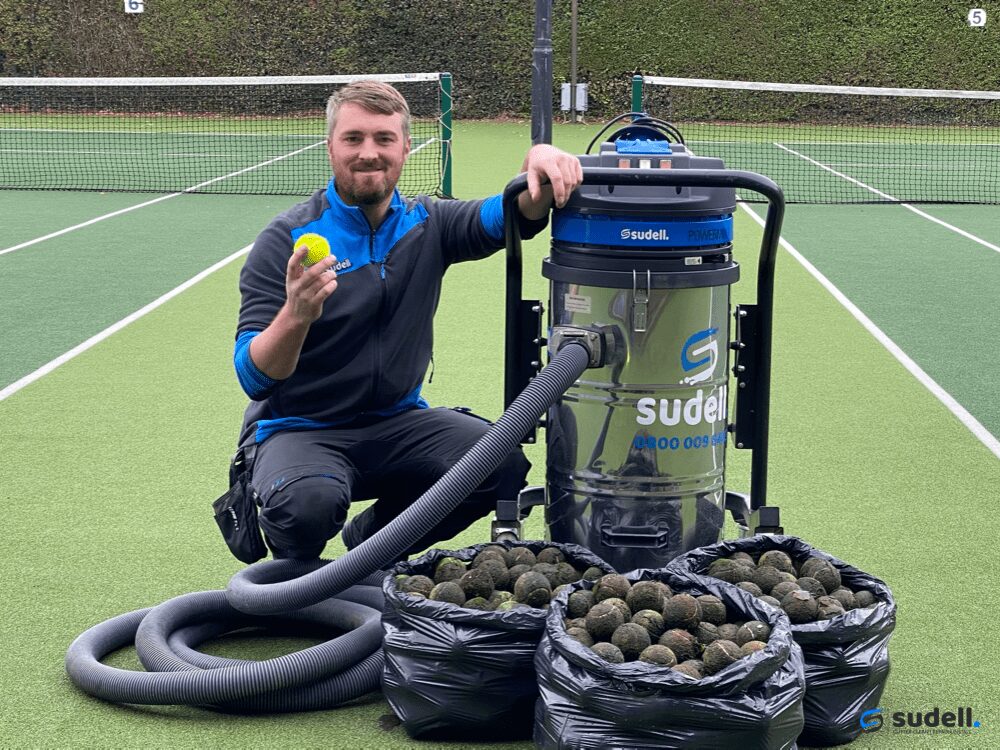 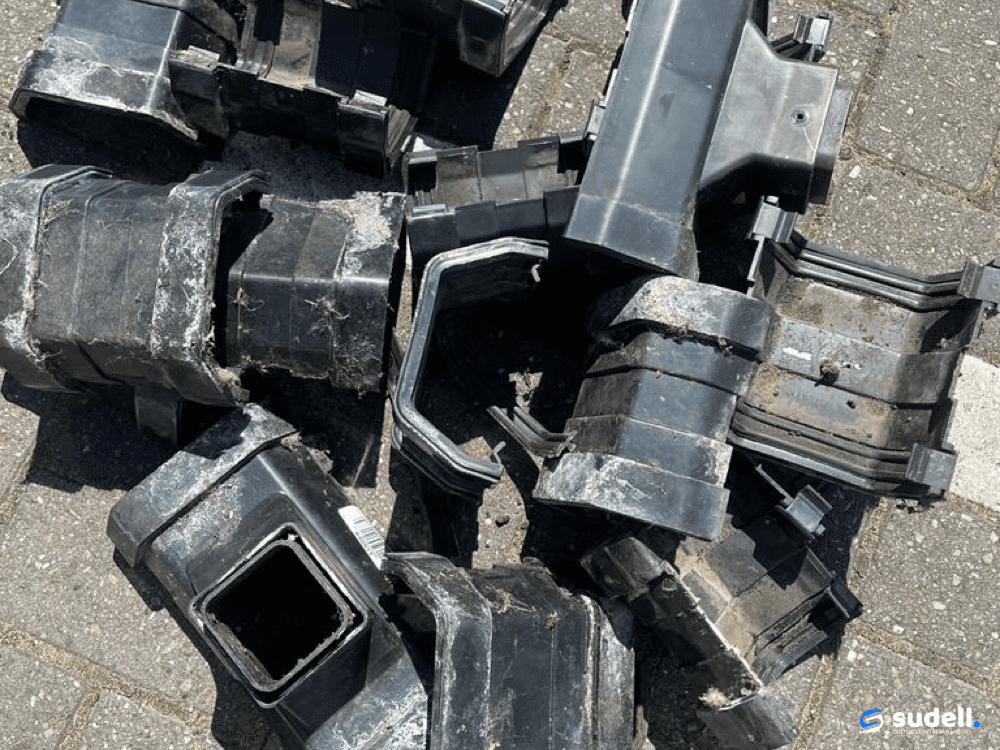 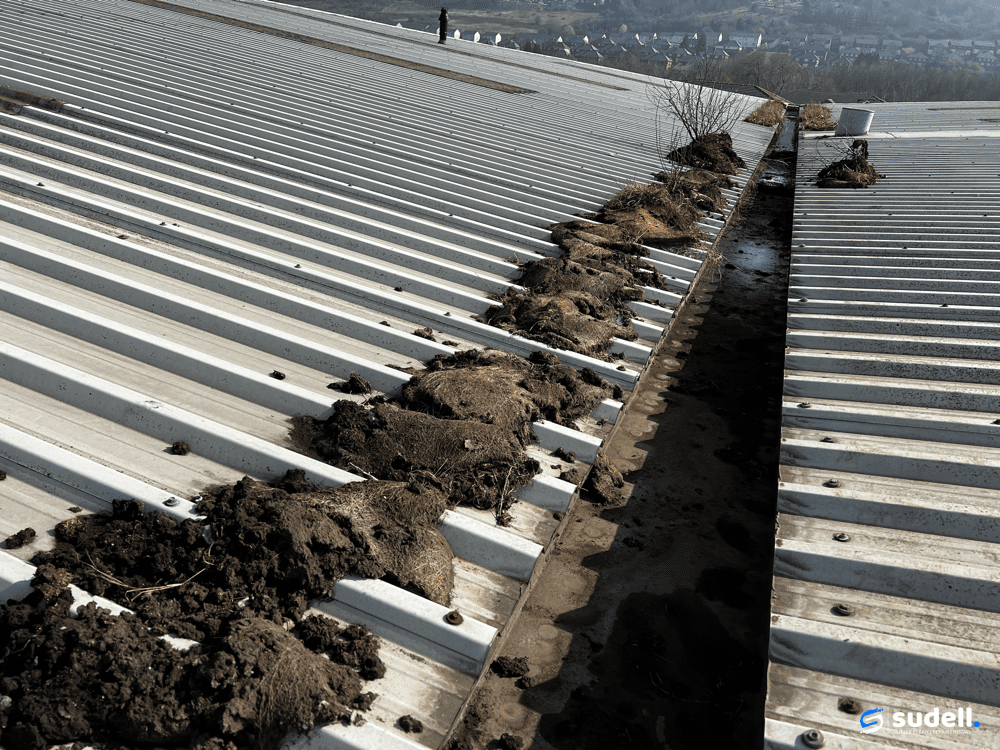 12Next
Copyright 2012 – 2022 | All Rights Reserved | Powered by Sudell Franchise Ltd
Sudell Gutter Cleaning uses cookies to improve your user experience. Some are essential for our website to work, but for others you have a choice over which ones you’re happy for us to use. . Learn more… Ok