This could be the cause of your gutter blockage!

It’s common knowledge that gutter blockages are often caused by leaves and moss. However, damaged roofing material that ends up in the gutter can cause homeowners even bigger gutter problems.

Broken tiles and roofing mortar are one of the most common reasons why gutters get blocked.

Blockages become increasingly difficult to clear the further down the drainage system it goes. 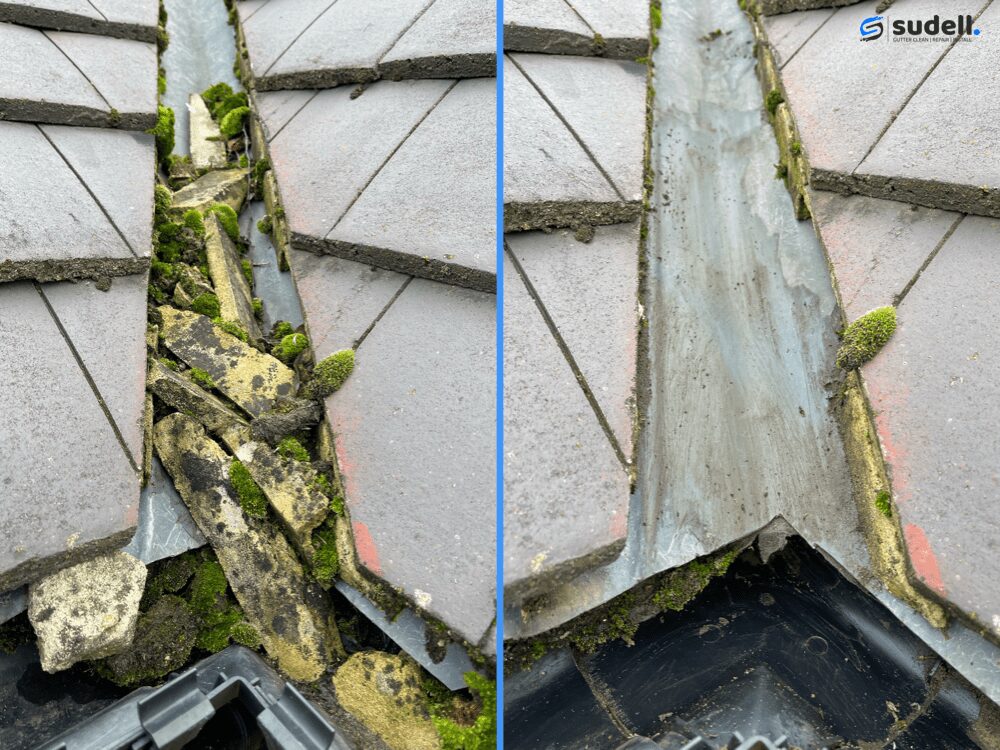 This could be the cause of your gutter blockage

With well over a decade of experience installing, repairing, and maintaining gutters, we have seen it all and there are some very common things that can cause you a gutter blockage and a big problem with your gutters and drains.

Roofing material such as loose mortar and bits of broken roof tiles are commonly washed into the gutters blocking the gutters, outlets or even worse the underground drains.

Most people are totally unaware of roofing problems until it has caused more serious damage such as rotten roof trusses and lats, ceiling and window deterioration, or destroyed plaster and decor.

Ideally you would want to know about roof problems before they cause damage, but most people don’t inspect their roofs often enough even though it is one of the most important structures to your home.

These bits of roofing mortar, slate and tiles that end up in the gutters can cause further problems if they trap somewhere along the drainage system which would cause a barricade. Gutters that are overflowing is usually a sign that the gutters are blocked, but the question is where is the gutter blockage (gutters, outlet, downpipe, or drain) and what is the gutter blocked with.

This then begs the question how easy is it to remove the blockage?

How to remove the gutter blockage

In short, it usually gets harder to remove a blockage the further down the drainage route the blockage is.

So you plan to try and clear the gutter blockage yourself... great, but be careful, you don’t want to make it worse, and you certainly don’t want to push the blockage further down the drainage route, as it will be more difficult to remove. There has been plenty of occasions where we have witnessed people poking strips of wood, clothes props, and god knows what else down pipes only to make the blockage worse.

It’s always best to get someone who knows what they are doing, someone experienced, and someone with the correct tools and equipment.

Cleaning out the gutters and outlets will clear any gutter blockage in the gutters. Downpipes may need to be removed to unblock them and so drains below can be examined and cleaned out if required. The blockages should always be removed and not pushed further into the drainage system. 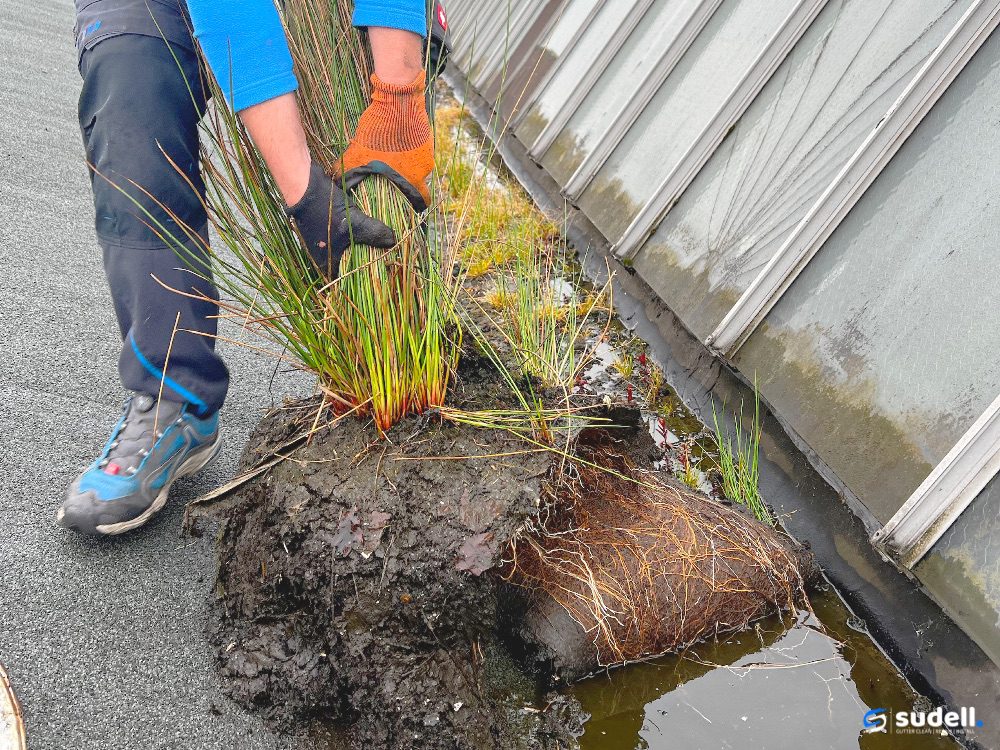 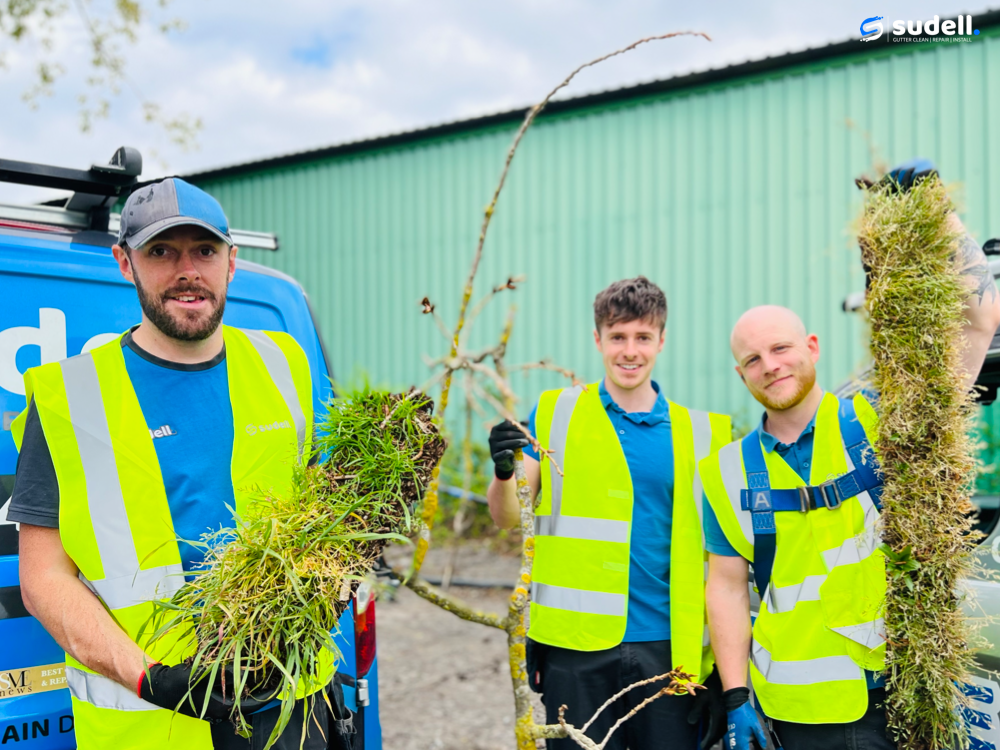 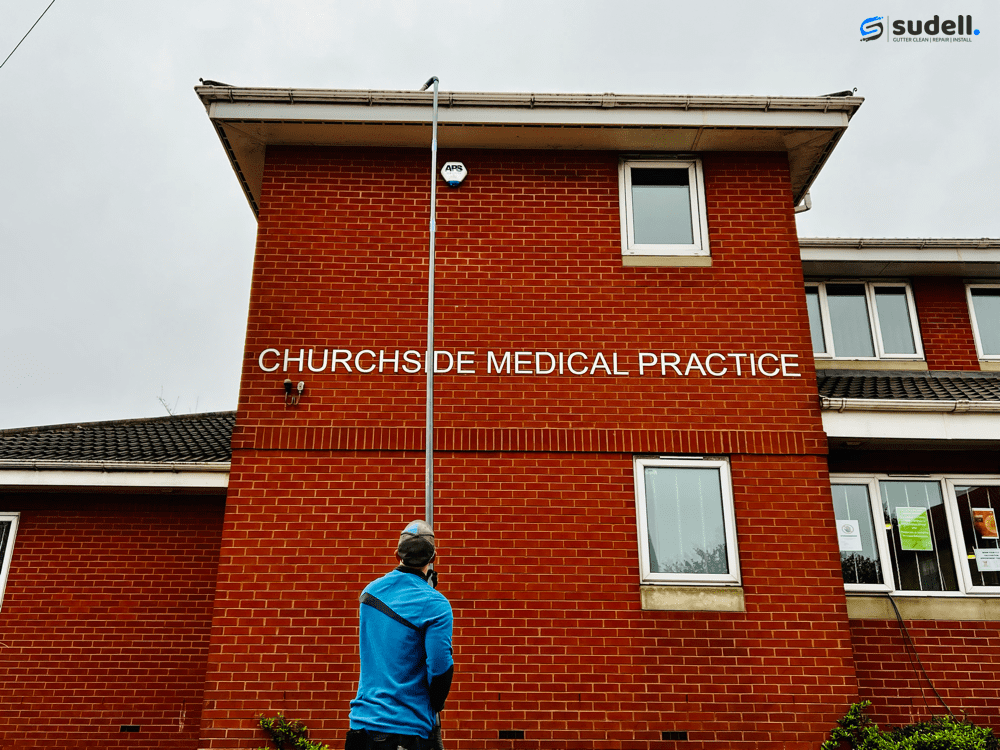 In-and-Out Gutter Cleaning ServiceOur in-and-out gutter cleaning service* will have your gutters unclogged and free-flowing, before being scrubbed up to look beautiful again!The best gutter cleaning equipment available.We believe that our customers should get the [...]

Could your gutters become a fire hazard?

We work with lots of property landlords helping them maintain the gutters on their investment properties which they have worked hard to acquire. From time to time we notice things that are unusual or even [...]